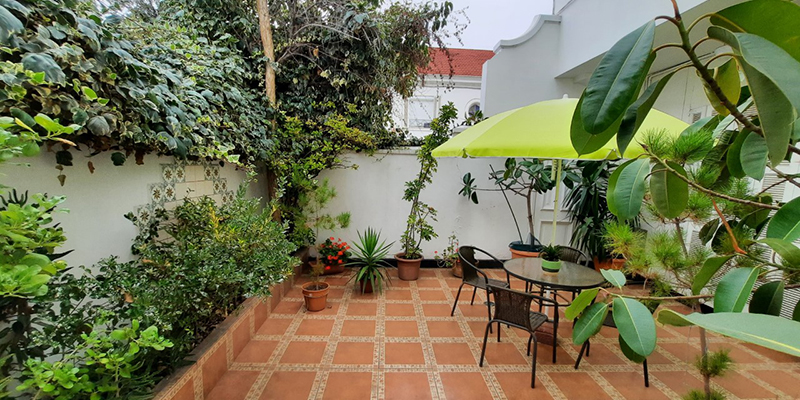 Our Residential is located within the area called by the National Monuments Council as TYPICAL. The typical Virginia Opazo Santiago area is located in the so-called "Barrio Republic", between Avenues Republic and Spain, and Avenida Libertador Bernardo O'Higgins and Sanfuentes Salvador, in the place where formerly Palace lifted the Fifth Meiggs. The Neighborhood Republic has its origin in the subdivision of the Fifth, made ​​in 1872, when the streets and Republic Capital (now Avenida Spain) opened. A turn of the century these streets were extended south to the Equestrian Club of Santiago, becoming avenues. The cross streets, meanwhile, are continuing the Barrio Eighteen. An elegant neighborhood, place of residence at Santiago High class during the first decades of the century, as witnessed by the beautiful palaces which are still preserved and strengthened.

It is in this urban setting where the architect Luciano Kulczewski projecting this set. Opazo Virginia Street is characterized by the existing island at its center, which generates an oblique movement around. Its thirty- one houses are built on continuous two-story façade, highlighting its rigorous neo-classical style, seen in the use of rectangular and octagonal windows, balustrades in antetechos and dormers. All this is emphasized by the use of white color on the walls, which gives a notion of simplicity and uniqueness to housing.

The works date from 1942, and his style presumably responds to the conditions of the order that became the architect Kulczewski.